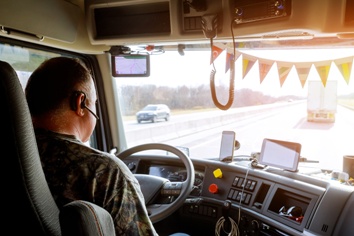 Being convicted of DUI in Maryland can result in stiff penalties and long-term consequences for anyone. However, the ramifications can be catastrophic for a commercial driver who must drive for his job. If you are a commercial driver and have been arrested for DUI, one of your first steps should be to retain an experienced DUI defense attorney who can help you mount a strong defense to fight the charges against you.

When Can You Be Charged With DUI as a Commercial Driver?

In Maryland, individuals who are driving a personal vehicle can be charged with DUI if their blood alcohol content (BAC) is 0.08 percent or higher. However, a commercial driver can be arrested for DUI if his BAC is 0.04 percent or higher. Even if a commercial driver is charged with DUI while driving his own vehicle during non-work hours, the ramifications for his commercial license will be severe.

What Are the DUI Penalties for a Commercial Driver?

The criminal penalties for a DUI for a commercial driver will be similar to those for other drivers in our state. You could be punished as follows:

How a DUI Can Affect Your Commercial Driver’s License

Unlike drivers who only have a personal license, you would not have the option of obtaining a restricted commercial license to allow you to drive for work. In addition, if you are convicted of DUI, your commercial driver’s license could be suspended for these time periods if your BAC was 0.04 percent or higher and you were driving a commercial vehicle, or you were driving a personal vehicle and had a BAC of 0.08 percent or higher:

What You Must Do If You Are Convicted of a DUI

In Maryland, if you are convicted of DUI and are a commercial driver, you have obligations to report the conviction. You must do the following:

How a DUI Conviction Will Affect Your Job

If you are a commercial driver who was arrested in Maryland, you may be able to avoid these harsh consequences if you hire an experienced DUI defense attorney. He can mount a strong defense for you that may result in the charges being dismissed or reduced to a less serious offense that does not result in your driver’s license being suspended. To find out about how we would aggressively defend you, call our office or fill out our online form to schedule your free consultation today.