What happens if there is a child in my vehicle when I’m arrested for DUI?

Being charged with drunk driving is a serious matter, and you face harsh punishments if you are convicted of DUI in Virginia. The penalties can be even worse if you are caught driving with a minor in your motor vehicle when you are intoxicated. You may be facing a mandatory criminal sentence.

It is considered child endangerment to drive while intoxicated with a minor in your vehicle. A minor child is defined as anyone who is 17 years old or 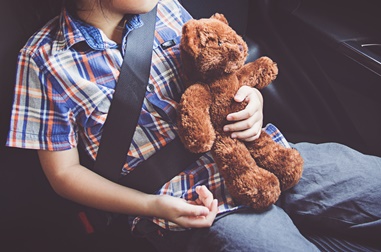 younger. It does not matter what the relationship of the drunk driver is to the passenger who is a minor in terms of whether they would be charged with this crime.

If this is a second or subsequent offense, the jail sentence may be longer, and the individual could be ordered to complete 80 hours of community service in addition to other penalties.

In Virginia, mandatory jail or prison sentences are cumulative and are required to be served consecutively.

The charges could be even more serious if the child were seriously injured in a drunk driving accident. The offense would be a Class 4 felony. Serious injuries could include disfigurement, fractures, burns, maiming, or life-threatening internal injuries. The penalties if convicted could include a prison sentence, hefty fines, and more.

Were you charged with DUI or child endangerment in addition to drunk driving? Fortunately, you may have strong defenses that could result in the charges being dismissed or reduced to a less serious offense. To find out how our experienced DUI lawyers will mount an aggressive defense strategy for you, call our Manassas office or fill out our convenient contact form to schedule your free initial consultation today. You can also download our free The Virginia DUI/DWI Arrest Survival Guide to learn more about what you should do to defend yourself.