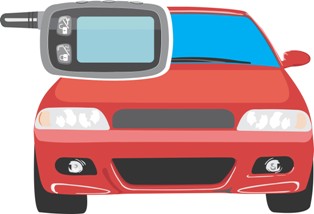 If you are arrested for DUI or DWI in Maryland, you face harsh penalties if you are convicted. One immediate consequence is that your driver’s license will be suspended. Losing your driving privileges can have negative ramifications in your life. However, you may be able to continue driving if you enter into Maryland’s Ignition Interlock Program.

What Is the Ignition Interlock Program?

Maryland’s ignition interlock program was established in 1989 to allow drivers arrested and convicted of DUI or DWI to continue driving under supervised conditions. This program allows eligible drivers to drive if they install an ignition interlock device on their vehicle and continue to successfully use it for the required period of time.

An ignition interlock device is a breathalyzer testing device that connects to a vehicle’s ignition system. Before starting his vehicle, a driver must blow into the machine, and it will measure his blood alcohol content (BAC). If the device detects alcohol over the set limit, the driver will not be able to start the vehicle. In addition, the machine will require the driver to take additional tests while driving.

When Is an Ignition Interlock Device Required to Avoid a Driver’s License Suspension?

The Ignition Interlock Program was expanded under Noah’s Law on October 1, 2016. This law was enacted after Officer Noah Leotta was killed by a drunk driver in December 2015 while conducting a field sobriety test. It requires an interlock ignition device to be installed if a driver is convicted of the following:

Noah’s law also significantly increased the time period that an individual must use an ignition interlock device before being released from the program.

A person may also enroll in the Ignition Interlock Program to avoid a driver’s license suspension if he refused a chemical test after being stopped for DUI or DWI or had a BAC test result of 0.08 or higher. He may be referred to the program as a condition of probation, has accumulated a certain number of points on his driving record, or is a repeat offender for DUI violations.

Who Is Eligible for the Ignition Interlock Program?

A person must be eligible to enroll in the Ignition Interlock Program. These requirements must be met:

How Long Must You Use an Ignition Interlock Device?

As noted above, the time period that an individual must have an ignition interlock device installed on his vehicle has been increased significantly under Noah’s law. For refusal to submit to a blood or breath test, the device must be installed for one year. In other situations, a driver must participate in the program for these time periods:

In addition, the time period could be extended for violation of program rules. Under Noah’s law, a person must have three consecutive months of no violations to be released from the program.

If you decide to enroll in the Ignition Interlock Program, there are costs that you will be responsible for paying. They include:

Are you considering enrolling in the Ignition Interlock Program to avoid suspension of your driver’s license? Have you been arrested for DUI or DWI? Our experienced DUI lawyers are here to advise you on your best options and to mount a strong defense to the criminal charges you face. Start a live chat to schedule a free consultation today.